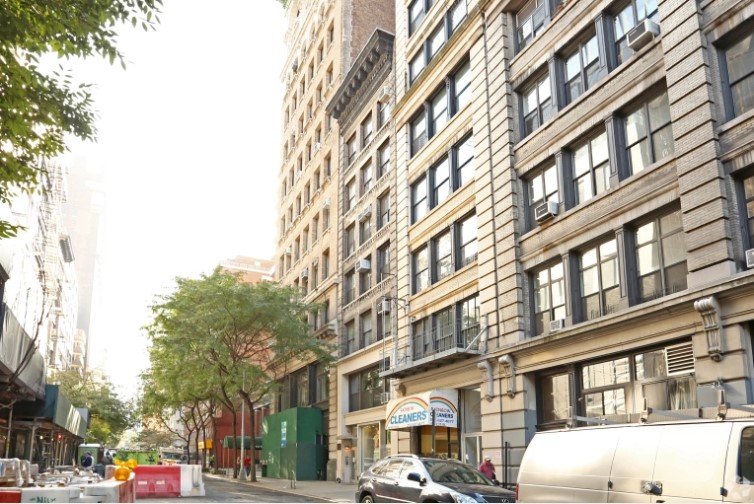 Prestigious culinary organization the James Beard Foundation is consolidating its two office spaces in a relocation of its headquarters to two floors at 34 West 15th Street, Commercial Observer has learned.

The not-for-profit foundation, founded in honor of the late James Beard—a champion of American cuisine, has signed a 5,000-square-foot lease on the entire fourth and fifth floors of the seven-story building between Fifth Avenue and Avenue of the Americas. The deal is for five years and five months with an asking rent of $48 per square foot, per an Adams & Company spokeswoman.

“Our new location at 34 West 15th Street allows us to house our full team in one space, increasing efficiency and productivity, and the timing is especially relevant as we launch our ‘Waste Not’ campaign, grow our Women’s Leadership Program to help female chefs break through the ‘gastro-ceiling,’ and roll out new procedures for the James Beard Awards to further promote diversity,” Kristopher Moon, the COO of James Beard Foundation, said in prepared remarks. “34 West 15th Street allows us to be in a centralized office space in proximity to the teams we work with, and the space encourages collaboration across teams to support the continued growth and ambition of the Foundation.”

On Dec. 15, James Beard Foundation will relocate its offices from 6 West 18th Street between Fifth Avenue and Avenue of the Americas as well as some employees from the James Beard House (mainly used as a performance space for visiting chefs) at 167 West 12th Street between Avenue of the Americas and Seventh Avenue. The digs on West 15th Street will be closer to the James Beard House than the ones on West 18th Street.

Adams & Company’s Brett Maslin and Matthew Raphan represented the tenant while Jeffrey Nissani of JSN Properties represented the landlord, Adomah Corporation, which is backed by some of the principals of Lion Brand Yarn Studio. Lion Brand occupied the floors James Beard has taken, but moved those employees to its offices in New Jersey. Lion Brand has retained its retail space on the ground floor and offices on the second floor at 34 West 15th Street, Nissani said.

Between James Beard Foundation and A Degree of Freedom structural engineer, which took the top floor in the building in July, the building is 100 percent occupied, Nissani said.

“It’s a good tenant for the building because of who they are,” Nissani said. “The landlord was obviously thrilled to have them in the building.”

Nissani said the the building is “ideal for its proximity to Union Square,” and its fourth and fifth floors were in pretty good condition as Lion Brand Yarn Studio “left decent infrastructure.”

“The James Beard Foundation was searching for a space large enough to accommodate its growing team and needed the new space to be within close proximity to the James Beard House,” Maslin said in a statement. “34 West 15th Street provided a two-fold solution for the foundation: it is within walking distance to the James Beard House, allowing for increased efficiency across the entire team, and the large space, which is a diamond in the rough considering the neighboring buildings and extremely high asking rents, allows for continued growth.”